Champions League
I think the odds on Benfica are so high here because of their last game at Bayern. A 5:2 loss to the Portuguese team puts Barcelona in the firm favourite role. I'm certainly of a different opinion, as comparing the Munich giant to a dismantled Barcelona is rather naive. The return of Xavi as the new head coach is a lovely, emotional one, but will anything change quickly on the pitch? It just doesn't work that way. The players in the squad remain the same.

I would like to mention the first match that took place in Portugal, 3:0 in favour of the actual visiting team, which did not allow Barcelona to shoot on target. And has anything changed significantly since then? Rather no. Currently both teams have some players on the injury list, but they are evenly matched losses. In the last few games, both teams have pointed in their leagues. While Barcelona defeated Espanyol at home with a controversial penalty and a less than impressive gameplay, Benfica beat Ferreira 4-1 at home (6-1 against Braga before). So it seems that the kick from Bayern worked as a slap.

Last, I want to mention the importance of the match for both teams, who are playing for promotion from second place. Even this does not put Barcelona in the role of favourite, because the reason they simply have to? It really doesn't. The squad is more inexperienced than mature and these situations are not easy, especially when you concede first. Benfica will play their last group game at home to Kiev, while Barcelona will visit Bayern. This may also affect the tactics of the visitors, who can settle for a draw.

The visitors are not such an outsiders in my eyes as the bookmakers sees them.

An away win or a draw will secure us the win. A loss by one goal will return our stake. We lose if the home team wins by two goals.

I’m thinking about this so hard since yesterday! Good luck

I may join later

What a horrendous miss by Seferovic in the end...

Giovanni said:
What a horrendous miss by Seferovic in the end...
Click to expand...

That clever chip over ter Stegen and then...

When you look at the table, you could really feel the pain of Jorge Jesus (67 years), who commented: "I've been a coach for 30 years and I've never seen anything like that in my life, but unfortunately it happened to me and Benfica." 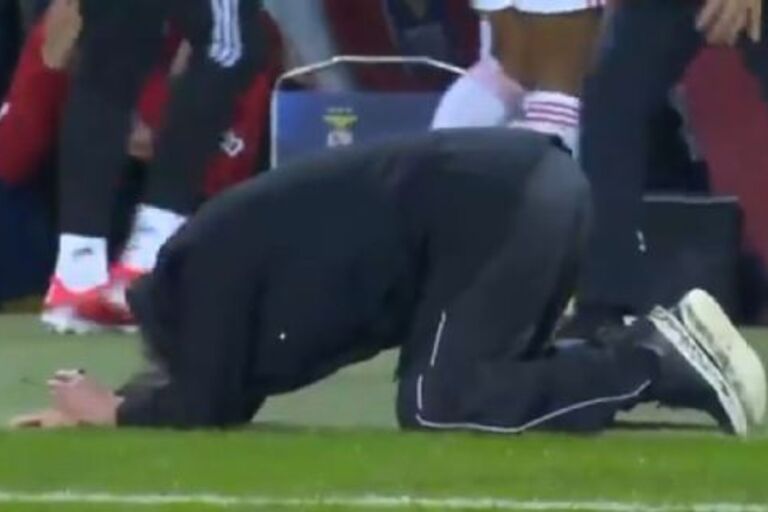